Disclaimer:  Don't take the final rating too seriously, I haven't created an actual scale.  Also, this is being done on my own and following no agenda or system (as of yet).

As I will be moving back to California from Louisiana this summer, I decided it was prime time to put some work in on the goal engrained in every baseball kid's heart:  Visit every MLB stadium in the U.S..

This round it will be done with a twist, though:  I will assess the environmental sustainability of each stadium from a fan's perspective.  What measures does the team/stadium partake in that are visible or made known to stadium visitors?  What is missing?  What outreach or education is done to either inform fans about the steps the team is taking to be an environmental steward or to encourage fans to participate in the movement?

First stop:  Angel Stadium of Anaheim, home of my home team the Los Angeles Angels of Anaheim, formerly and better known as the Anaheim Angels.

Being that the Angels are my number one team, the idealist side of me had high hopes.  Since I hadn't seen much about green and the Angels aside from the All Star game they hosted a few years ago, the green sports enthusiast in me had some doubts going into the game.  I remained optimistic, though.

Unfortunately we didn't make it in time for batting practice and pre-game announcements, so this assessment begins at the 2nd inning.  I have the feeling that nothing of green relevance was missed though... 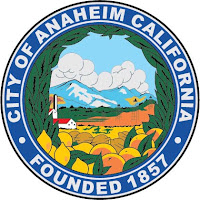 I first have to give props to the City of Anaheim for the improvements they have made to the city (I hadn't been around that area for at least 4 years).  There's great multi-purpose development, apartment buildings in walking distance to the stadium (although a little terrifying because the streets are so wide), signs directing to electric car charging stations as you exit the freeway, and visible public transportation.


Now that I feel the project and area of the first site have been properly introduced, my observations (in no particular order) will come soon in part 2.